I’m just getting back from a one week tour in the Bahamas with Ensemble du Monde, conducted by Marlon Daniels. We presented concerts at the Atlantis Resort and at the College of the Bahamas, including an educational concert for the children in both public and private schools of Nassau.

Being away from the hustle, bustle, and grind of New York City gave me some fresh perspective on my art, my career, and all the amazing people and opportunities that have come into my life because of music.

It is easy for us to get caught up in the little details of the everyday, the mundane. Sometimes, it can feel like we can’t see the forest for the trees. But I want to urge you to take some time today to think about where you fit into a larger picture and to take stock of the assets you have in the form of friends, colleagues, circumstances, and mentors.

Granted, as performing artists we often do struggle to perfect our art form. We struggle to constantly reinvent ourselves, to breathe new life into each performance, and we constantly work to please our audiences. However, we do enjoy a lifestyle that is unique only to us.

We enjoy the company of colleagues who have similar experiences, and with whom we can learn so much. The nature of our work allows us to have unexpected adventures as well. In the past nine years, I have travelled to London, Rome, Venice, Viterbo, Frankfurt, Paris, Nassau, and other cities in Austria, Germany, and throughout the US. Music is what has taken me around the world and back. Music is what introduced me to the amazing people I call my friends and colleagues.

It can be very easy to focus on this needs in life; I need to do this, I need that, I should do this etc. But today maybe we should just think about the beauty our art form ha brought to our lives. Take a second to think of the wonderful and incredibly unique experiences you have had as a result of practicing your art.

If you are like me, you’ll find that your life is a bit more fulfilling than you had previously realized. But more importantly, you will be inspired to continue building this wonderful life for yourself or your organization. Your work is important, and valuable. In the performing arts, we all sit at a great table and are nourished together by the collective work that we do. 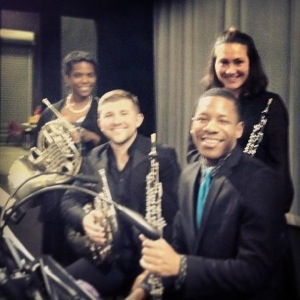 As I was sitting in the LaGuardia airport last week, I realized that airlines and orchestras have a lot in common with each other, and that maybe that is part of the problem why orchestras are having a really hard time right now.  I’m a major proponent of finding solutions to the problems we have with the way we present concerts these days instead of harping on them.  But without a doubt, it is a good idea to take a look at the problems themselves and to clearly identify them.

You’d really be surprised how similar airlines are to orchestras and vice versa. So let’s break down some of these similarities and think about creative ways as to how we fix them.

In Orchestras and Airlines…

1. You pay more to fly first class (and receive preferential treatment), and less to fly coach (completely ignored except a brief smile and “thank you for flying with us”).

In orchestras it is often the same way. If you are a major donor, then you get all kinds of special privileges. If you are simply a patron and buy the cheapest ticket in the back of the balcony, your presence is rarely acknowledged, except for the brief thank you in your program located on the envelope that asks you for a donation.

I’m a full believer that orchestras, especially those that operate as 501(c)3 non-profit, are service organizations. A good service organization provides top tier service to all its patrons. Just playing excellent music is no longer enough these days. We need to think creatively how we can make the concert experience meaningful for everyone in attendance.  If orchestras were for-profit companies, I would tolerate an attitude of “you get what you pay for”. But most of them are not, and this kind of attitude is counter-intuitive when trying to build new audiences.

2. You are required to behave a certain way, regardless of your comfort.

How many times have we heard it? Yet, the moment they begin to speak you become bored, disinterested, and you may not even turn your iPhone off– you just switch it to airplane mode. You resent being told what do, and you especially resent being told what to do for the thousandth time!– What makes orchestra concerts so different?  Applause only at indicated times as it might interfere with the performance (no electronic communication on planes), please only move about during the intermission–even if you are about to die to use the bathroom (seat belts fastened and don’t move about the plane until they are off).
What if we imagined a concert experience that first of all applause, when an audience member was so moved to, was acceptable– and exciting. What if people, having the option to move about if necessary, wanted to stay in their seats because they were so enraptured in the performance they wouldn’t want to miss it for even a second.  What if— what if?

What would happen if we made our audiences as physically, emotionally, and socially as comfortable as possible. But better yet– what if this became a core focus of orchestras everywhere. How do you think audiences would respond if everyone, from the student rush ticket to the Maestro’s Circle donor, was treated like royalty and made to feel special along with being moved by a spectacular performance.

These are the kinds of things I think, scheme, and dream about almost everyday. I challenge you to champion ideas that put the audience members first and to make them a priority the next time you perform.